AHA moments and their place in user onboarding

So, what exactly is an “AHA moment”?

The AHA moment (also known as the Eureka Moment)  is when a user recognizes value within a product experience.

Let’s look at Duolingo. A simple yet incredibly robust language learning app, they launch you into a lesson as part of their user onboarding process.

Congratulations DuoLingo, you did what highschool failed to do: make me enjoy learning Spanish.

DuoLingo gives first-time users their aha moment by funneling them into their first lesson before signing up. Showing the user the core value of the product as early as possible lets them evaluate whether they found the right solution for themselves without investing too much time. Removing any potentially frustrating steps (ugh, long forms) creates an experience with more momentum and encourages earlier product adoption.

1. How to identify the AHA moments

Avoid the temptation to replace this process with a survey. Patterns generally start to emerge after talking to 5 of your customers but if you have the opportunity to talk to more, do it.

There is no magical script that works for any customer research scenario. Generally, you want to dig into why they are using the product vs not using the product. What were their expectations? What frustrations emerged? (Please refrain from asking if they liked the product itself. This just makes it awkward for everyone and doesn’t provide value for your interview data)

The goal of interviewing your customers is to gather qualitative data, people’s comments, insights and experiences.

Analytics is about gathering quantitative data – data like churn rates, time within the product, daily and monthly users, all that good stuff.  For twitter, their AHA moment was a user needs to follow at least 30 people to recognize the value of the application. 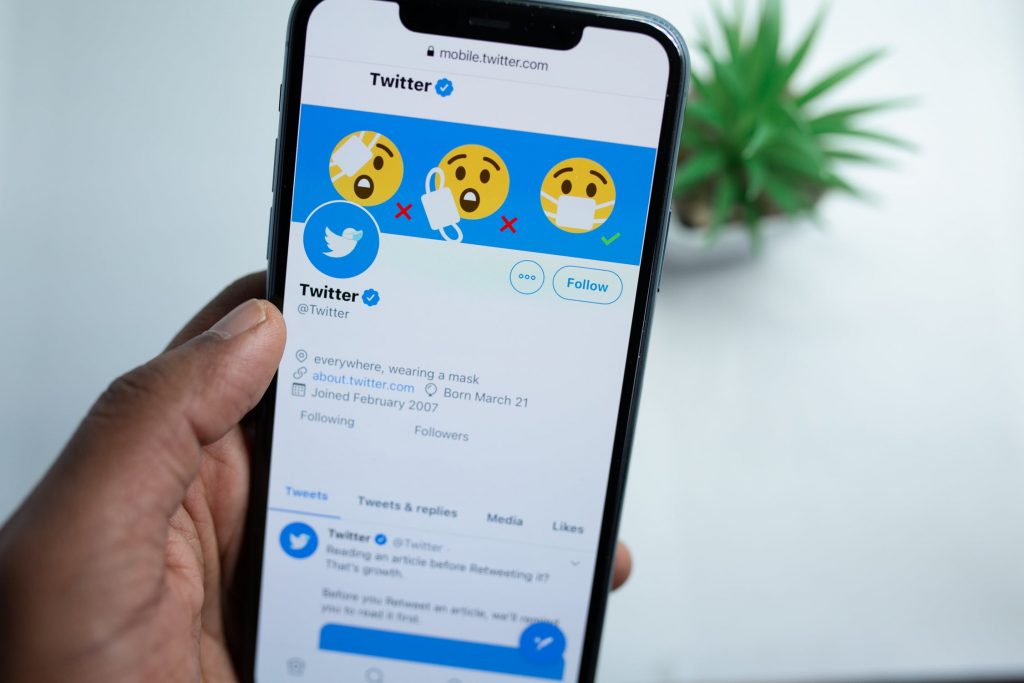 I have my data, now what?

Looking at analytics and user interviews you can start to see where everything starts to overlap. 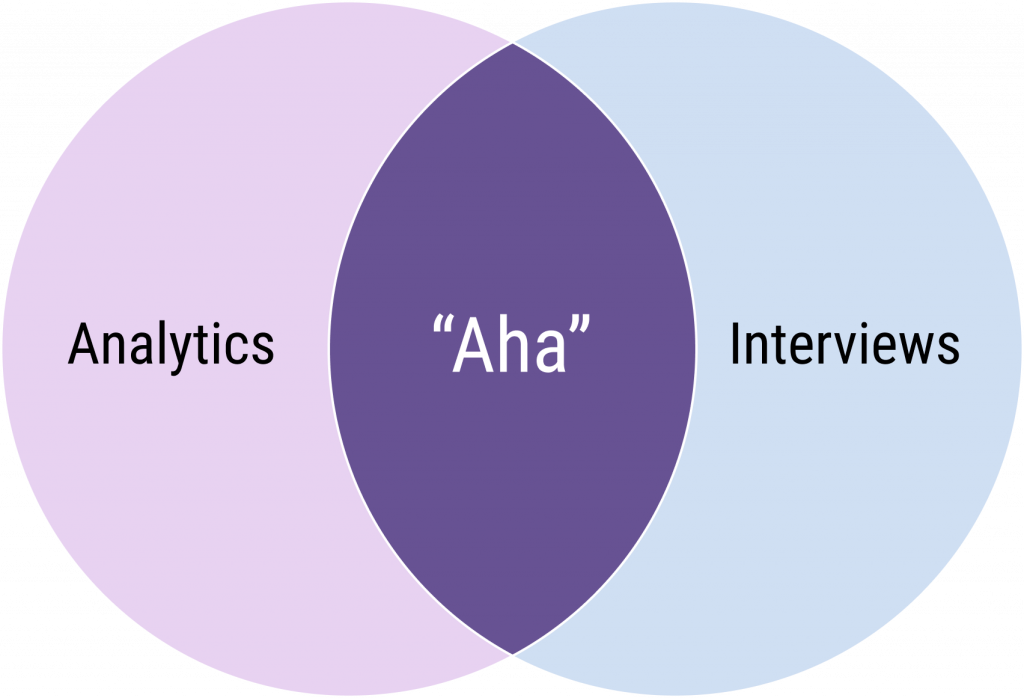 What lives in that overlap is your product’s AHA moments. Or more specifically, this is where your AHA hypothesis lives. That overlap doesn’t reveal a clear cut answer, more a zone where educated guesses should be tested.

Let’s say you are making the new Tinder. Let’s call this app LoveFrvr (listen, all the good names were taken). After conducting your research, you find an overlap and see that there’s a correlation with messages and matches. So you conduct an A/B test to see which option below will be a more potent AHA moment.

You test your hypotheses over the course of a month with your customers. You see that over 50% of Monthly Active Users (MAU) are exceeding the criteria of your A hypothesis, 13 matches made in 7 days.

BUT… you also see that those that are sending an average of 10 messages in a five day period are spending more time within LoveFrvr and are more likely to have a date. This metric has a higher chance of showing users to the main value of the product: connection.

The original B hypothesis was insufficient. While it did indicate that users were engaging with the product, 10 messages in a five day period was a better tipping point for product adoption.

It’s important to experiment with all of your metrics and realize that your hypothesis won’t always align with your testing.

You aren’t aiming to just have one AHA moment, you are designing as many AHA moments as you need to improve the odds of users becoming loyal customers. Think of AHA moments as milestones in your user journey.

“AHA! I understand the product”

“AHA! I just made something!”

“AHA! I can do more things”

AHA moments don’t only exist in the user experience of the product. They can live in any medium that helps the user recognize the value of the product. Meaning anything, advertisement, the 140 character blurb underneath the link, a recommendation from a colleague (Okay, that last one is outside of your control but it is still forming people’s expectations) can be an AHA moment.

Does it have to be treated as an AHA moment? No, it just has to create expectations that will be matched by your product.

3. Build up to the moment

When a user onboards to a product and they encounter steps that hinder their progress, these are user roadblocks.

However, when users encounter onboarding steps that customize and/or clarify their goals, these help the user take action faster. It also has the added effect of building an attachment through effort.

The latter is called the ikea effect.

The Ikea effect is a term coined by Norton, Mochon, and Ariely in their HBS publication: The Ikea Effect: When Labor Leads to Love. There, the researchers show that consumers tend to value products more if they've partially created it. The name is inspired by the Swedish manufacturer an d furniture retailer IKEA, which famously sells products that often require assembly

Wait, is this why I liked legos so much?

Sometimes it’s important to have a little “friction” in the user onboarding. By friction we mean purposely leading the user to put in effort during their onboarding experience.

This doesn’t mean putting in a dozen forms before the user engages with the core features of your product. It means creating the necessary steps that sets up the user for the most success with their first time using the product.

A project management software, their onboarding process consists of 4 optional steps that are tailored to push the features that are most relevant to your position’s responsibilities.

While you wouldn’t be “in the weeds” if you skipped these steps, it makes the app more customized for you by going through the onboarding process.

There is no hard rule of when and how to use the IKEA effect with your user onboarding. It depends on the nature of your product, the temperament of your user, and your metrics that define success within your product.

When executed well, “friction” doesn’t lessen the AHA moments, it enriches them.

The recognition of AHA moments might not be as dramatic as you think. It might be a near seamless transition from one moment to the next as the user works towards completing their task.

AHA moments are there to entice first time users, show the value of being a customer, and lay the foundation for using the product. This means they become scarcer the deeper users dive into the product. And it doesn’t mean that there aren’t other ways to provide a positive experience for your customers later on in the process.

We covered a lot in this article. Here’s a quick recap.

Come aboard and let’s make
something great, together